Up country a novel 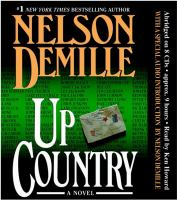 When an old friend calls in a career's worth of favors, investigator Paul Brenner finds himself moonlighting for the Army as he unravels the mystery of a murder that took place thirty years before, in the midst of the Vietnam war.