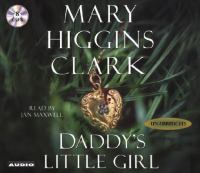 "Ellie Cavanaugh was only seven years old when her fifteen-year-0ld sister, Andrea, was murdered near their home in a rural village in New York's Westchester County. There were three suspects: Rob Westerfield, nineteen-year-old scion of a wealthy, prominent family whom Andrea has been secretly dating; Paul Stroebel, a sixteen-year-old schoolmate, who had a crush on Andrea, and Will Nebels, a local handyman in his 40s."--Container.