You wouldn't want to be an Aztec sacrifice! : gruesome things you'd rather not know 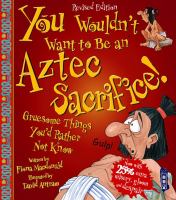 Book
A humorous and gory look at the ancient Aztec tradition of sacrificing enemy warriors to the gods.