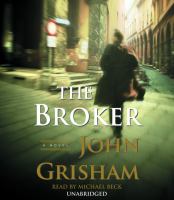 With fourteen years left on a twenty-year sentence, notorious Washington power broker, Joel Blackman, receives a surprise pardon from a lame-duck president. He is smuggled out of the country on a military cargo plane, given a new identity, and tucked away in a small town in Italy. But Blackman has serious enemies from his past. As the CIA watches him closely, the question is not whether he will be killed, but rather who will kill him first.