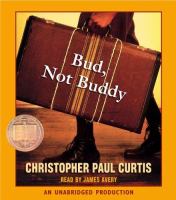 Ten-year-old Bud, a motherless boy living in Flint, Michigan, during the Great Depression, escapes a bad foster home and sets out in search of the man he believes to be his father--the renowned bandleader, H.E. Calloway of Grand Rapids.