Captain Flinn and the pirate dinosaurs 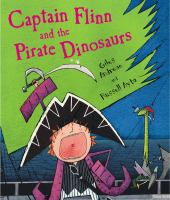 When Flinn enters the classroom art closet for supplies, his imagination sends him on a high-seas adventure filled with pirates, dinosaurs, mystery, and swordfights.