How dinosaurs took flight : the fossils, the science, what we think we know, and the mysteries yet unsolved 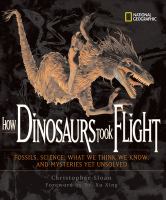 Book
Looks at the evidence of dinosaurs with skeletal structures and feathers so similar to birds and why that is convincing many scientists that birds evolved from dinosaurs.