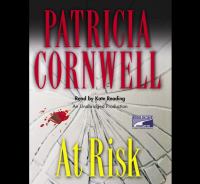 A Massachusetts district attorney running for governor wants to use some radical new DNA technology to solve a long-ago murder. The result? A new round of violence.