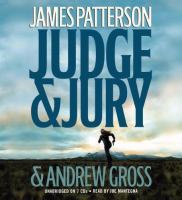 FBI agent Nick Pellisante finally captures mob boss Dominic Cavello. Two of Cavello's former employees are ready to testify against him when he hires a killer to make sure the trial never concludes.