Henry and the clubhouse 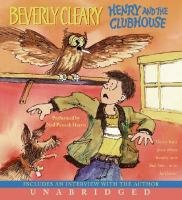 Recently, Ramona Quimby has been following Henry Huggins on his newspaper route, embarrassing him in front of his customers and his friends. The day Ramona follows Henry to his "No girls allowed" clubhouse, she almost puts an end to his newspaper career forever.