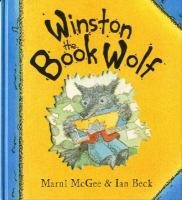 Book
Winston loves to eat books because the words are so delicious, but when he gets trapped in the library by an angry librarian and her helpers, a little girl named Rosie helps him to escape and teaches him a new way to enjoy words.