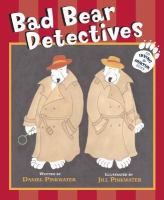 Book
Irving and Muktuk, polar bears at the zoo in Bayone, New Jersey, are the natural suspects when someone steals a shipment of imported muffins, but they decide to prove that they are not bad bears by finding the real thief.