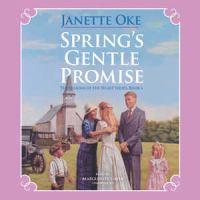 "In the dimness of the early morning I could see field after neighborhood field as I let my gaze wander around me. First there was ours-- I supposed I would always think of the farm as ours-- Grandpa's, Uncle Charlie's and mine, though in truth it really was just mine now. Guess that was one of the reasons I was whistling. Just yesterday Grandpa and Uncle Charlie had signed all the official papers to make the farm mine-- really and legally mine. Joshua Chadwick Jones they read, clear as could be. The full impact had yet to hit me. But I was excited. Really excited. I mean, what other fella my age had a farm his own, title clear and paid for? I sobered down a bit. It was a big responsibility. I mean, I was the one who had to make the farm bring forth now. Had to support Grandpa and Uncle Charlie and myself ... And adding to the challenge was a desire for a family of my own ..."--The novel.