D is for drum : a Native American alphabet 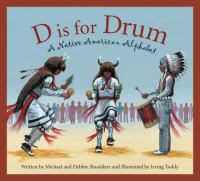