Freddy to the rescue : book three in the golden hamster saga 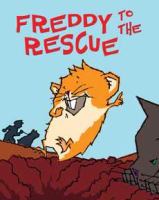 In his continuing adventures, Freddy, a golden hamster who can read and write, joins his animal and human friends to save a colony of endangered field hamsters from being killed when an automobile plant is constructed on their land.