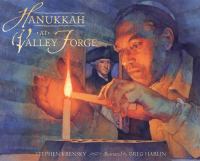 During the Revolutionary War, a Jewish soldier from Poland lights the menorah on the first night of Hanukkah and tells General George Washington the story of the Maccabees and the miracle that Hanukkah celebrates. Based on factual events.