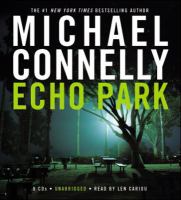 Detective Harry Bosch, now in the Open-unsolved Unit, receives a call from the DA telling him a serial killer has confessed to several murders. Harry must interview the man about a case he couldn't crack involving the murder of a 22-year-old woman whose body was never found.