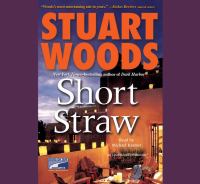 Attorney Ed Eagle wakes up on his fortieth birthday to find that his wife and money have vanished. At work that morning he is assigned a new client Joe Big Bear, who looks life bad news. He hires two private detectives to find his wife, but also descovers that Joe may also be part of his wifes plot.