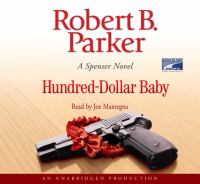 Spenser, a Boston PI, is once again hired by April Kyle who was a teenage runaway that turned to prostitution. Now a madam of an up-scale, all-female operation that some men are trying to take away from her. April claims she doesn't know who is after her business, but Spenser finds ties to organized crime. Spenser without much surprise also finds that April, the thugs and everyone else involved is lying to him.