Atomic Ace and the robot rampage 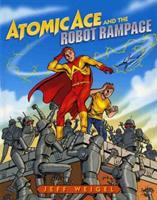 Book
As the son of superhero Atomic Ace, a boy is eager for adventures of his own until a horde of robots descends upon his school and he learns that his powers are not yet strong enough to save even himself.