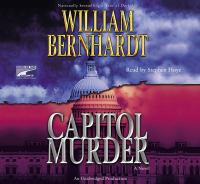 Oklahoma defense attorney Ben Kincaid's legal success has earned him a dubious reward, a journey through the looking glass into the Beltway. Here, in the heart of the nation's capital, a powerful U.S. senator has been caught first in a sordid sex scandal, then in a case of murder. A senate aide with whom he had the affair, is found on the senators couch with a knife wound in her throat.