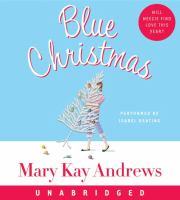 It's the week before Christmas, and antiques dealer Weezie Foley is in a frenzy to garnish her shop for the Savannah historical district decorating contest, which she intends to win. Weezie is ready to shoot herself with her glue gun by the time she's done, but the results are stunning. She's certainly one-upped the owners of the trendy shop around the corner, but suddenly things start to go missing from her display, and there seems to be a mysterious midnight visitor to her shop. Still, Weezie has high hopes for the holiday-- maybe in the form of an engagement ring from her chef boyfriend. But Daniel, always moody at the holidays, seems more distant than usual. Throw in Weezie's decidedly odd family, a 1950s Christmas-tree pin, and even a little help from the King himself (Elvis, that is), and maybe there will be a pocketful of miracles for Weezie this Christmas Eve.