Noah's mittens : the story of felt 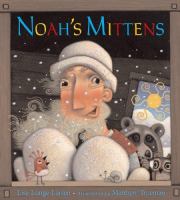 Book
During the long, arduous voyage of the ark, Noah discovers that the sheep's wool has become matted into a strange material, for which he finds a practical use once the ark has come to rest atop a mountain.