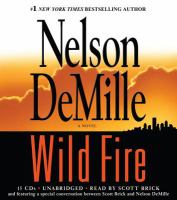 "Detective John Corey of The lion's game, Plum Island, and Night fall returns in a new novel about a conspiracy to detonate nuclear bombs in two American cities, setting off a world war of unimaginable proportions"--Provided by the publisher.