The Angels of Morgan Hill 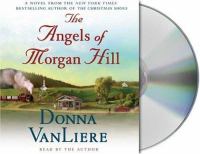 Jane Gable thinks 1947 will be like every other year in Morgan Hill, Tennessee, but it's the year everything changes. Jane first sees young Milo Turner the day that her abusive, alcoholic father is buried in the Morgan Hill cemetery. The Turners are the first black family ever to move into the area, and while their presence challenges the comfort of many in the small, tight-knit community, Jane and her brother, John, have found new friends. Then tragedy strikes the Turner household, and the Gable family is asked to make a decision that could rip their world apart. One path might open up a whole new world and bring them closer than ever. Or it might bring them nothing but trouble and heartache. On their journey, Jane discovers that angels are all around us, every day, in the most extraordinary, and ordinary, ways.