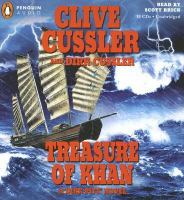 When Dirk Pitt is nearly killed rescuing an oil survey team, it appears a simple act of nature. But when the survey team is abducted and Pitt's research vessel nearly sunk, however, it's obvious there's something more sinister involved.