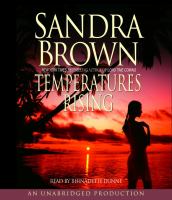 Architectural engineer Scout Ritland is the kind of American man who spells trouble. Chantal duPont should know, for she has experienced the best and worst of the country and its people. At home on sultry Parrish Island she is putting herself in the way of another bold Yankee, but this time it's for a good cause. Scout is the one man who can help her village, and she's not about to let him get the better of her--no matter how much she may want to.