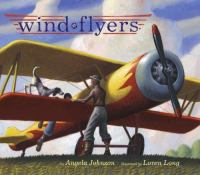 A boy's love of flight takes him on a journey from the dusty dirt roads of Alabama to the war-torn skies of Europe. Introduces young readers to the contributions of the Tuskegee Airmen in World War II.