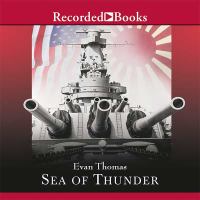 An account of the Battle of Leyte Gulf in October 1944 is told through the commands of four naval leaders, including two American commanders and two Japanese admirals, and offers insight into how the war reflected profound cultural differences.