Hannah Montana songs from and inspired by the hit TV series. 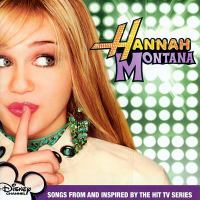