Ghosthunters and the totally moldy baroness! 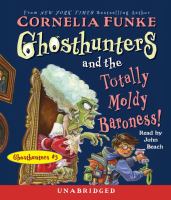 When the murderous spirit of a brutal baroness possesses the owner of Gloomsburg Castle, Tom readies his special ghost-repellent paste and Hetty concocts a plan to dispel the disgruntled royal for good.