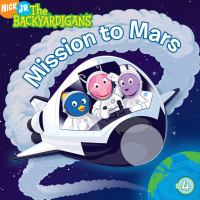 The Backyardigans are on a mission ... to Mars! A strange signal has been coming from the Red Planet, so Pablo, Uniqua, and Austin blast off into the space to investigate ..."--Cover back.