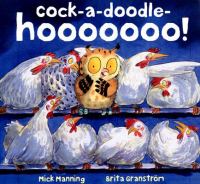 Book
When a tired, lonely owl finds shelter in a hen house during a storm, he is awakened by a flock of bossy hens who try to force him to be a cockerel, until he demonstrates what he can do for them.