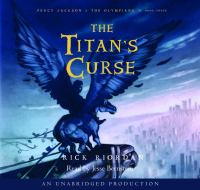 When the goddess Artemis disappears while hunting a rare, ancient monster, a group of her followers joins Percy and his friends in an attempt to find and rescue her before the winter solstice, when her influence is needed to sway the Olympian Council regarding the war with the Titans.