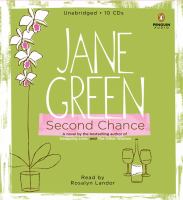 A group of friends mourn the death of a friend killed in a terrorist attack, and as they do they rediscover the power of friendship, the politics of change, and the true meaning of a mid-life crisis.