You wouldn't want to be an Inca mummy! : a one-way journey you'd rather not make 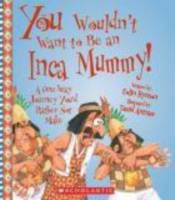 Book
Step into the shoes of an Incan king and learn about the culture and religion of the Incan people, who lived in South America.