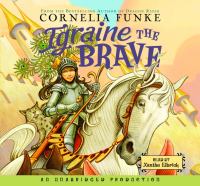 The daughter of two magicians, twelve-year-old Igraine wants nothing more than to be a knight, and when their castle is attacked by a treacherous neighbor bent on stealing their singing magic books, Igraine has an opportunity to demonstrate her bravery.