Jersey boys : the story of Frankie Valli & the Four Seasons 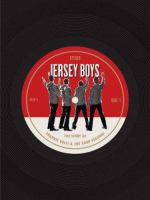 Book
The companion to the musical "Jersey Boys" presents the story of four high-school dropouts from New Jersey who became one of the biggest American pop music phenomena of all time, and describes the evolution of the musical based on their lives.