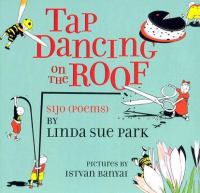 Book
Sijo is a traditional Korean form of poetry. Sijo is syllabic, like Japanese haiku, with three lines of 14 to 16 syllables each: the first two introduce the topic, the third and fourth lines develop it, and the fifth and sixth lines contain an unexpected humorous or ironic twist. This collection contains 26 sijo.