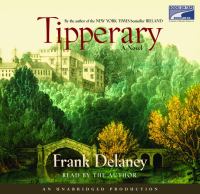 The story of Charles O'Brien, an Anglo-Irish itinerant healer and occasional journalist born in 1860 and his claims of dealings with famous people such as Oscar Wilde, James Joyce, Charles Stewart Parnell and founders and leaders of the Sinn Fein and the IRA.