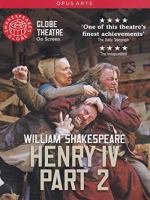 King Henry, now in failing health and still embroiled in war, sends his second son Prince John of Lancaster to the battle. Prince John tricks and defeats the enemy while his older son, the Prince of Wales, is summoned away from Falstaff and his tavern circle to the king's bedside where he assumes the throne upon the death of the king.