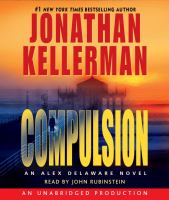 A tipsy young woman seeking aid on a desolate highway disappears into the inky black night. A retired schoolteacher is stabbed to death in broad daylight. Two women are butchered after closing time in a small-town beauty parlor. These and other bizarre acts of cruelty and psychopathology are linked only by the killer's use of luxury vehicles and a baffling lack of motive. Now Delaware and Sturgis must track down the killer.