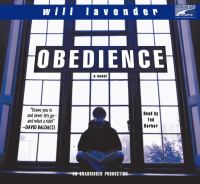 When the students in Winchester University's Logic and Reasoning 204 arrive for their first day of class, they are greeted not with a syllabus or texts, but with a startling assignment from Professor Williams: find a hypothetical missing girl named Polly. If after being given a series of clues and details the class has not found her before the end of the term in six weeks, she will be murdered. At first the students are as intrigued by the premise of their puzzle as they are wary of the strange and slightly creepy Professor Williams. But as they delve deeper into the mystery, they begin to wonder: is the Polly story simply a logic exercise, designed to teach them rational thinking skills, or could it be something more sinister and dangerous? The mystery soon takes over the lives of three students as they find disturbing connections between Polly and themselves. Characters that were supposedly fictitious begin to emerge in reality. Soon, the boundary between the classroom assignment and the real world becomes blurred--and the students wonder if it is their own lives they are being asked to save