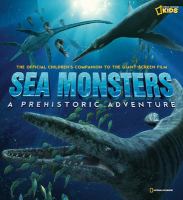 Book
A young female sea dolly is born in the shallow waters of a prehistoric Kansas Mesozoic-era lake and learns to survive after encountering a variety of predators and other underwater dinosaurs from that ancient time period.