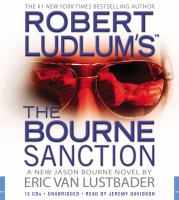 Jason Bourne returns as the elusive double agent that must find the leader of the Black Legion, a terrorist organization with a history as far back as World War II. As he tries to track down this criminal genius, the CIA is tracking the every step of Bourne in hopes he'll be captured and returned to their headquarters. It's a neverending cat and mouse game that has no winners but very high stakes.