Against medical advice [a true story] 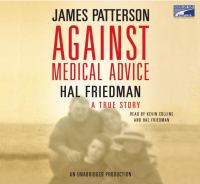 A nonfiction account by the best-selling suspense author follows a family's decades-long struggle with their son's mysterious medical disorder that from the age of five induced violent physical tics and prompted traumatic treatments, a nightmarish situation that also pitted the family against a disheartening medical establishment.