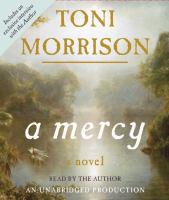 In exchange for a bad debt, an Anglo-Dutch trader takes on Florens, a young slave girl, who feels abandoned by her slave mother and who searches for love--first from an older servant woman at her master's new home, and then from a handsome free blacksmith.