A boy and his bunny 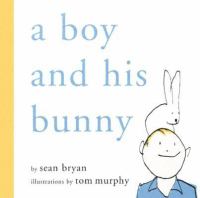