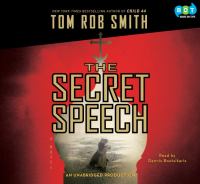 After the death of Stalin in 1956 his sucessor delivers a speeach to the nation, stating that Stalin was a tryant and the Soviet Union will change. Former state security officer Leo Demidov is also struggling to change. The two young girls he and his wife, Raisa, adopted have yet to forgive him for his part in the death of their parents. They are not alone. Now that the truth is out, Leo, Raisa, and their family are in grave danger from someone consumed by the dark legacy of Leo's past career.