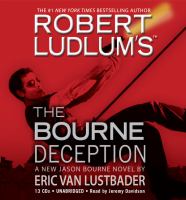 Badly injured in an ambush possibly orchestrated by the mysterious Arkadin, Jason Bourne fakes his death and assumes a new identity while endeavoring to assist another team's investigation into a missile attack that resulted in a passenger plane crash.